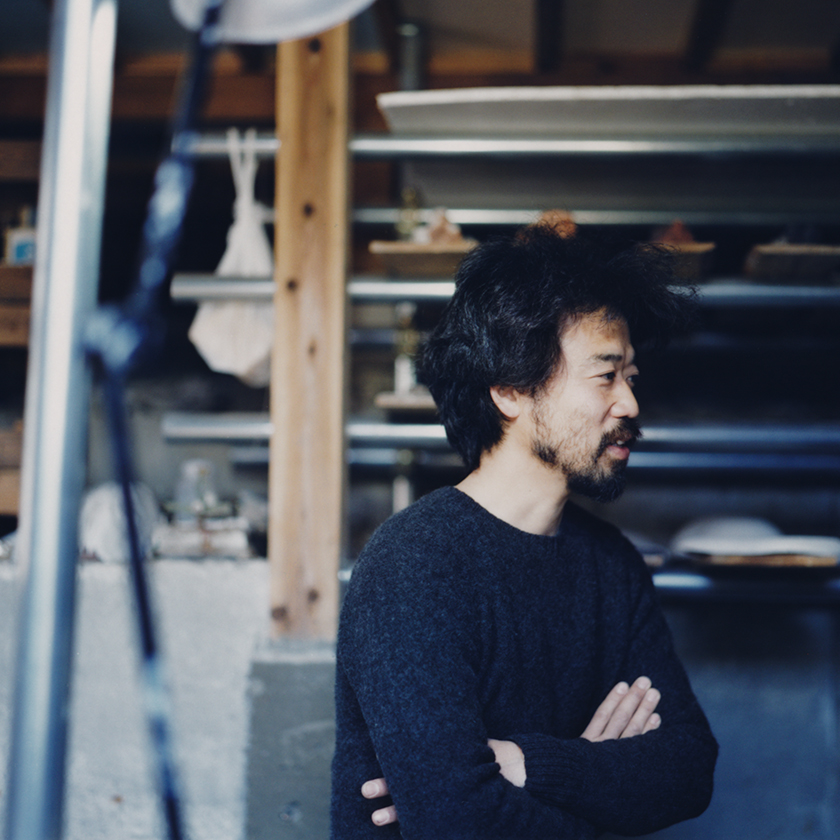 1981 Born Shizuoka prefecture in Japan. 2000 Graduated Meisei University. He met ceramics researcher Mr.Shunichi Yoshimura, and his interest in clay deepened. After that, he became acquainted with lifestyles that incorporate earthenware such as those in India and Nepal. In China, he learned about the mass production of porcelain. Beginning in 2005, he worked as an apprentice to ceramic artist Mr.Taizo Kuroda. After that, he traveled through the earthenware cultures of seven countries in Asia and then settled in Izu. He digs his own clay, makes firewood kilns, and has begun making ceramics in earnest. Currently living and working in Izu , Shizuoka prefecture.

The production method of "Utsuwa" that he is working on newly is It is very primitive, but makes us feel new. A natural stone is pressed against sand to make a dent. Gently pour mud and burnt there. These can be said that it is simply a copy of the stone form.